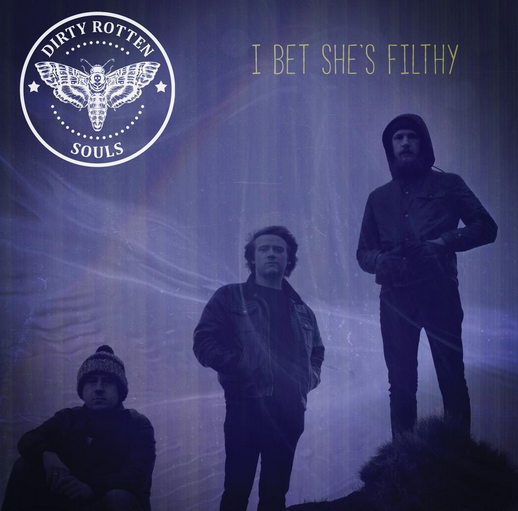 The boys are back (finally!)

If you're a lover of bold, bluesy and vigorous, however stirring and museful rock music it's a safe bet to put (and actually spend) money on Dirty Rotten Souls' new EP; 'I Bet She's Filthy' provides you with boisterous and heavy, ardent and spirited compositional finery aplenty. Formed in 2012 the Stoke-on-Trent based rock outfit has been silent for a while after releasing a debut EP in 2013 alongside some hard-hitting, blues-infused and fiercely roaring singles mid 2014. Now the driven trio [Mark Bailey (vocalist/lead guitarist), Danny Nicholson (drummer), Mike Williams (bassist)] is ready to unleash a soulful and passionately rousing musical might anew. Watch out and listen up! Back in the day (before Dirty Rotten Souls signed with Shark Free Records) the alternative rockers' energetic and powerful audio-extravaganza graced soundcloud, amidst the catalogue of sonic stompers, mighty melodic beast 'America'. Featured as a live recording now, the dynamic composition bursts with infectious instrumental vigor, uniting gloomy bass notes, fierce guitar licks and a clangorously commanding, dashing drum rhythm; atmospheric and firm vocal swagger joins, and the listener is in for an explosive and exciting musical treat.

Simplistic but stirring: melodious acoustic guitar sonority brimful of inviting atmosphere and yearning euphony introduces 'Must Be A Better Way' to its audience and comes in as a pleasant suprise in compositional style. Ambient, laid-back but absorbing instrumental levity is governed by a soulful and hauntingly vibrant vocal lead of bluesy spirit and smooth allure. It's an emotional closure to 'I Bet She's Filthy' (EP) making a sociocritical, thought-provoking point on lyrical level. 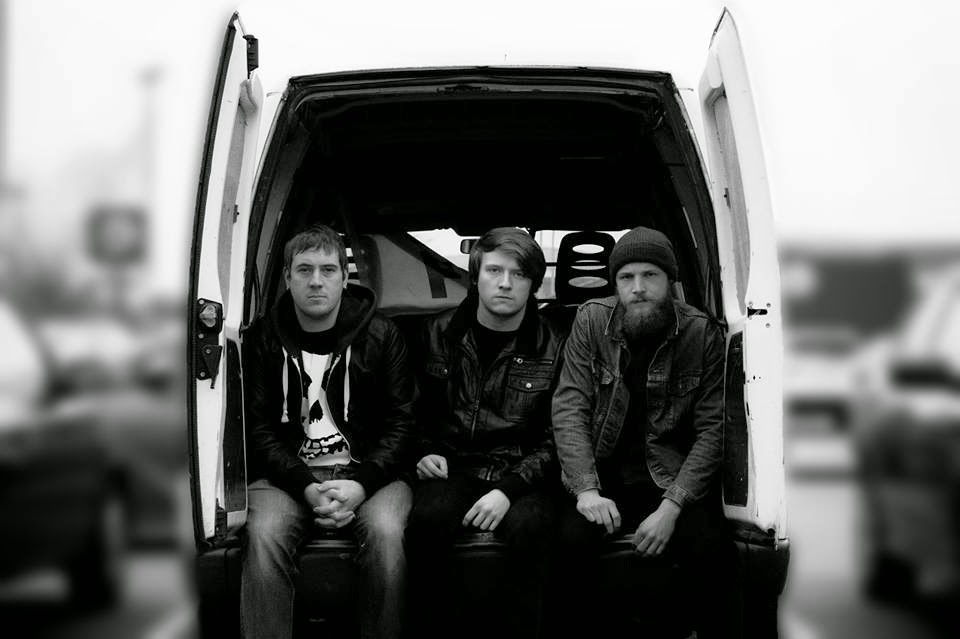 Reach out & listen to Dirty Rotten Souls on ...

Get your merchandise fix here.

The band's second EP 'I Bet She's Filthy' will see its official release on March 29th. Pre-order it now.


Embrace the opportunity to see Dirty Rotten Souls live from march to june (the alt-rock trio performs at Leek Blues Festival in October too!) 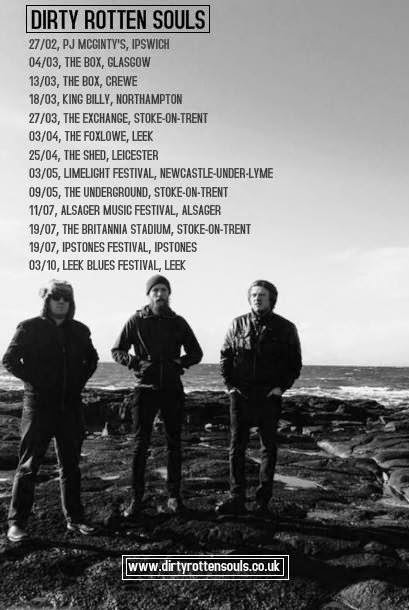